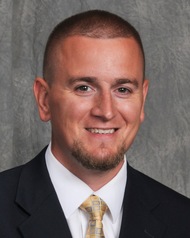 Education:
University of Delaware 2002: BA in Music Education
Wilmington University 2010: Masters in School Counseling
Certified:
Music K-12, School Guidance 9-12 (5-8 in Middle School)
​
​Mr. Grant has been the Music Director at DMA since the day of its opening in 2003.  Since then, he has built an award-winning band and choir program and is the composer of DMA's Alma Mater and Fight Songs.

The DMA Marching Band has achieved several outstanding accomplishments including achieving a superior ranking at Music in the Parks, 2 Esprit De Corps awards, and multiple First Place trophies in Tournament Of Bands competition.  The band has also travels to Orlando every 4 years for once-in-a-lifetime educational performance opportunities including participating in Disney’s 2010 Memorial Day Parade. In the past, he has worked with many high school marching bands including Thomas Dale HS in Chester, VA, Elkton HS in Elkton, MD, and Glasgow HS, in Newark, DE.  In these positions, he gained experience arranging music and writing drill for a marching band.  During his time at the University of Delaware he was a 4-year member of the Marching Band where he served as a staff member for 3 years; 99’- Music Section Leader, 00’ Drill Section Leader, 01’ Music Coordinator for Brass section.

The DMA Choir has also achieved several outstanding accomplishments during its years of operation including achieving “superior” and “excellent” rankings at music festivals across the east coast and performing at many honorary events in Delaware. Since earning his Masters degree in School Counseling, Mr. Grant has handed the choir torch on to the new chorus director and continues to support and travel with the chorus.  He looks forward to the great strides and achievements the choir will take under this new and talented director.
﻿ 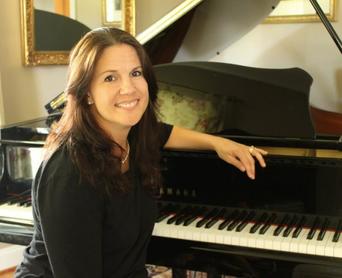 She brings her experience in classroom music, choral directing and private piano instruction to the cadets at DMA.  She has led award-winning choirs, successfully preparing students for All-State Choir and competitions such as “Music In The Parks”.   She regularly plays keyboards for the worship team at Pike Creek Bible Church.